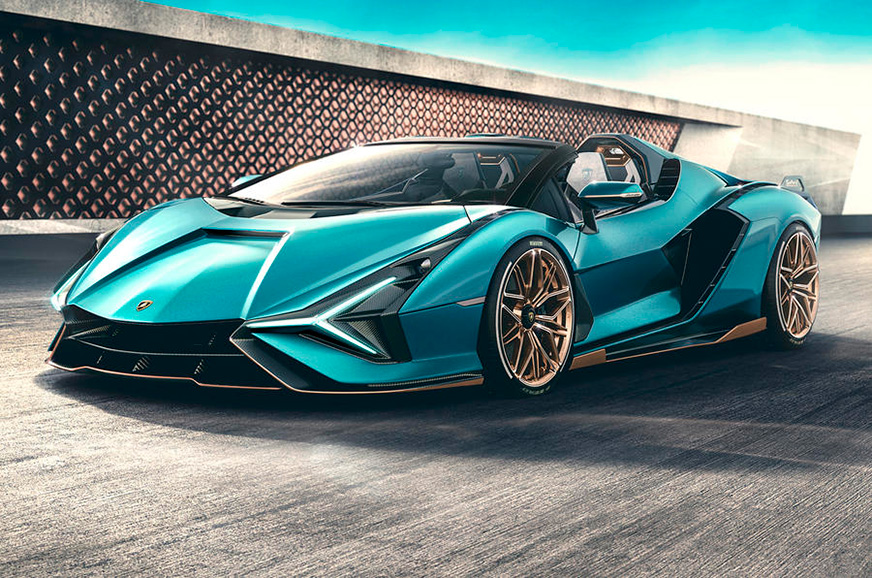 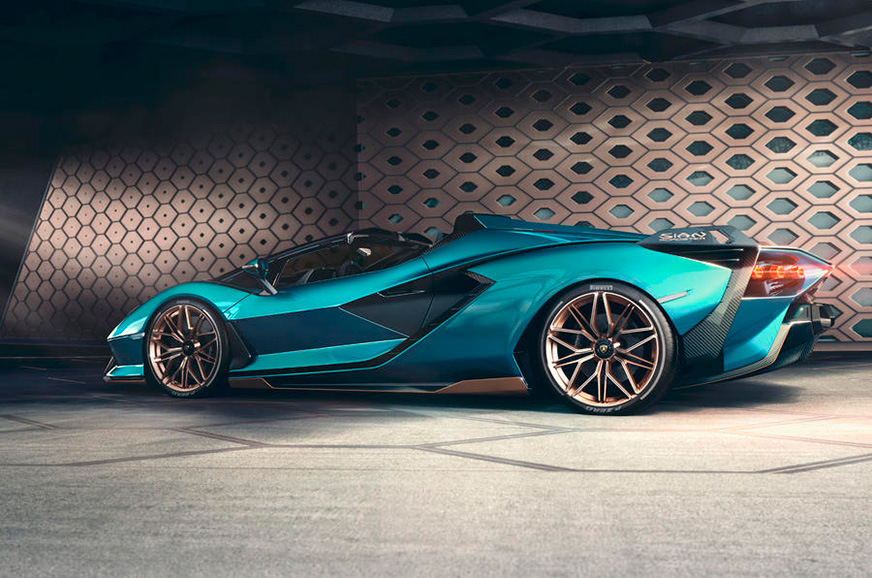 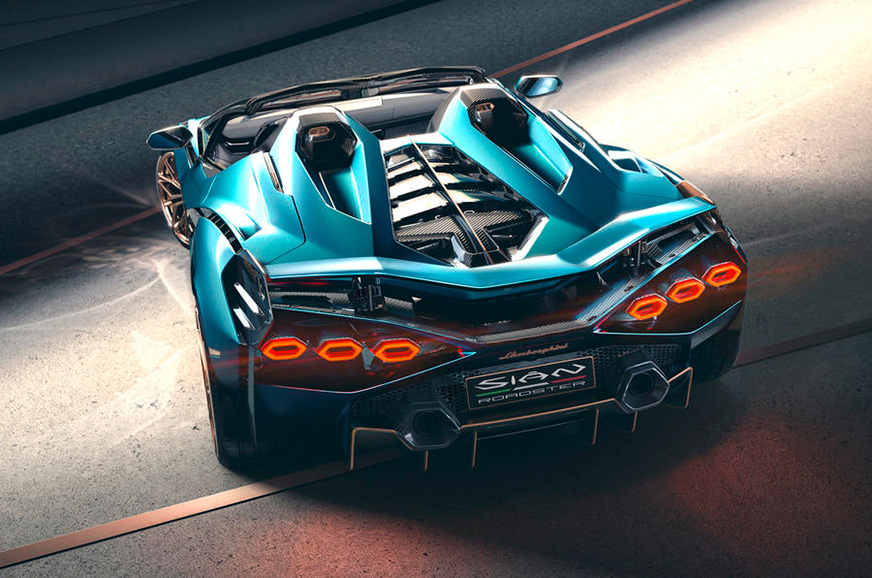 The new roadster version of Lamborghini’s Sián hybrid hypercar is the most powerful open-top production car in the world, with its 820hp output usurping the 790hp Ferrari 812 GTS.

Just 19 examples of the Sián Roadster will be built – making it much more exclusive than the series-produced Ferrari – and all have been sold already.

Like the striking hard-top Sian revealed at last year’s Frankfurt motor show, the roadster takes the bulk of its power – around 785hp – from an uprated version of the Aventador’s naturally aspirated 6.5-litre V12, and features a 35hp 48V electric motor integrated into the gearbox for zero-emission low-speed manoeuvres.

The electric motor is also used to flatten the Sián’s acceleration curve, kicking in to provide torque fill that mitigates the effects of deceleration during gear changes. An added benefit of this, Lamborghini says, is that “the pilot will feel only the pull backward of acceleration, eliminating uncomfortable jerking movements”.

As a result, the Sián Roadster is claimed to dispatch the 0-100kph sprint quicker than the conventionally powered Aventador SVJ Roadster’s 2.9sec and its top speed is pegged at over 350kph. A weight of under 1650kg is claimed, although we have no indication yet of how much heavier the hard-top is for comparison.

At the reveal of the hard-top, Lamborghini claimed that the addition of an electric element to the V12 motor has not affected the powertrain’s trademark sound.

Both versions of the Sián can call upon a supercapacitor power storage unit – said to store 10 times more power than a conventional lithium-ion ion battery – to provide instant torque boosts at will while travelling at speeds of up to 130kph.

The device, evolved from that used to power the Aventador’s starter motor, weighs just 35kg, resulting in a power-to-weight ratio of 1hp per 1kg and ensuring minimal impact on performance. Symmetric power flow means it charges using the energy recovered under braking at the same rate as discharging, providing maximum efficiency.

The Sián’s trademark design features are carried over unaltered, including the six Countach-inspired brake lights, hexagonal exhaust exits, Y-shaped headlights and gaping air intakes at the front and side.

Also included are heat-sensitive cooling vanes on the rear deck that rotate according to the engine temperature, aerodynamic ‘airstreamers’ at the rear and a retractable spoiler that sits flush with the engine lid while the car is stationary. According to Lamborghini, removing the roof has had no effect on the Sián’s aerodynamic efficiency.

Each of the 19 examples sold will be built to the owner’s desired specification by Lamborghini’s Ad Personam personalisation arm, with the option to choose from a range of exterior and interior colours and finishes, and even have the 3D-printed air vents inscribed with the owner’s initials.

'Sián' translates to ‘flash’ or ‘lightning’ in English and Lamborghini is using the Sián duo to set the tone for its upcoming electric era. Unlike the Sián hard-top, the roadster has been revealed at a stand-alone event.

Lamborghini recently announced its intention to stop attending motor shows and will focus instead on providing the “exclusivity, personalisation and one-to one contact”  its customers want.

Mercedes expects sales to return to pre-COVID normal by 2022

India sees less than 12k new cases, 50% of them in Kerala

Artists who want to work with BTS