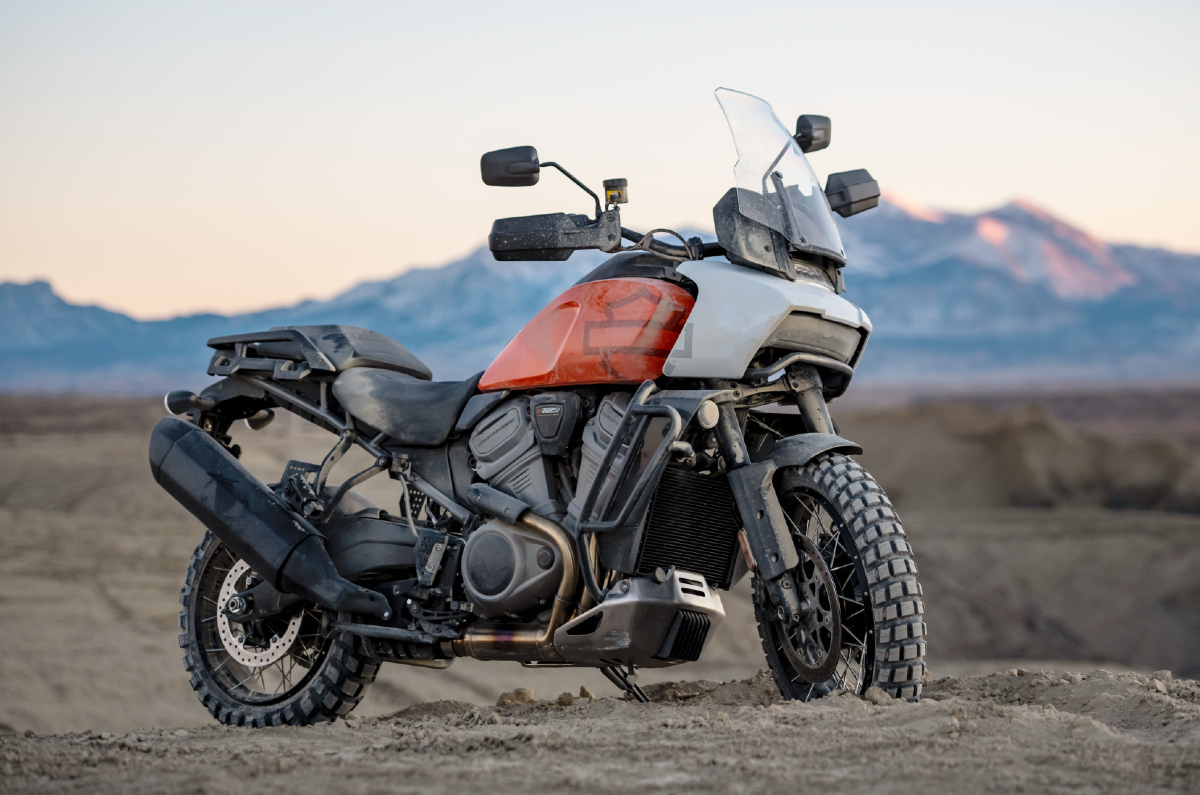 Harley-Davidson’s Pan America 1250 adventure bike is expected to make its debut in India in the next two to three months.

The American motorcycle company is said to be working on the India launch of its much-talked-about adventure motorcycle. This motorcycle is quite the departure from the company’s usual line-up of cruisers and it looks promising.

Powering the Pan America is Harley’s new 1252cc Revolution Max V-twin. It makes 150hp at 9,000rpm and 127Nm at 6,750rpm. While the power and torque figures are quite impressive, what’s more surprising are the high RPM figures. Harley has achieved this by ditching the long stroke design for a short stroke one, which gives this engine a rev limit that’s double that of Harley’s other V-twins. The Revolution Max also uses modern tech like liquid-cooling, variable valve timing, double overhead camshafts and four-valve cylinder heads. The six-speed, meanwhile, comes paired to a slipper clutch.

The big engine also acts as a stressed member and the front frame, mid frame and subframe bolt directly to it. Harley has said that helps bring down the overall weight of the standard model down to 242kg and the Special model to 254kg.

At present, both variants of the Pan America utilise alloy wheels – 19-inch front and a 17-inch rear. Braking is handled by a new radial monoblock four-piston caliper. The dual front brake rotors are 320mm in diameter, while the single rear-brake rotor is 280mm in diameter. As for suspension, the Pan America comes equipped with a fully-adjustable SHOWA USD fork and monoshock.

Harley will also offer adaptive ride height (ARH) as an option which automatically lowers the suspension by up to 5cm when you come to a stop. This feature is a segment first and it will be available only with the more expensive Special variant. The Special also gets other tech like adaptive headlights and tyre pressure monitoring.